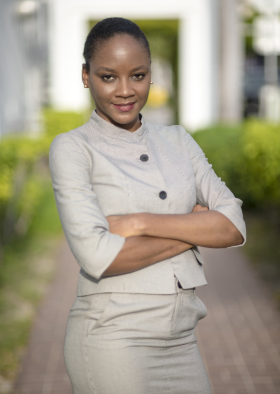 University of Florida College of Law

Bachelor of Science in Public Relations

Tasha Rodney has had over 100 bench and jury trials. She worked as a public defender, prosecutor and human rights attorney before opening her own firm. She has represented clients charged with crimes ranging from DUI to murder. One of the highlights of her career was when she successfully defended a young man charged with murder, felony murder, aggravated assault and possession of a knife during the commission of a felony. After only a couple hours of deliberation, the jury returned a not guilty verdict on all counts. Ms. Rodney prides herself on going the extra mile and relishes the opportunity to try cases.

Ms. Rodney was born in Kingston, Jamaica, and raised in the Jamaican countryside. After her twelfth birthday her family migrated to Miami. She earned her undergraduate degree and law degree from the University of Florida. After law school, she gained admission to the Florida and Georgia bars and worked as a public defender in both states. Driven by a desire to help the disadvantaged in Jamaica, she went back to Jamaica and gained admission to the Jamaican bar as well.

While in Jamaica she interned at the Independent Jamaica Council for Human Rights located in downtown Kingston. During the internship, she worked to improve the lives of death-row inmates and assisted in the preparation of their appeals. She then became the first in-house counsel for the human rights organization Jamaicans for Justice. While there, Ms. Rodney gave a presentation to the Inter-Americam Commission on Human Rights in Washington D.C. on police killings in Jamaica. After Jamaicans for Justice she worked for the Jamaican government, first as a prosecutor in Portland and then as the human rights official for the government.

Ms. Rodney went back to the States where she continued to practice criminal defense. She is now available in Jamaica, Florida and Georgia.

Recommend this page
The materials appearing on this web site are for informational purposes only and do not constitute legal advice. This site is not intended to create an attorney-client relationship. The hiring of a lawyer is an important decision that should not be based solely upon any single source of information, including advertising on this web site. The results reported are specific to the unique facts of the particular case and do not guarantee favorable results in other future cases.